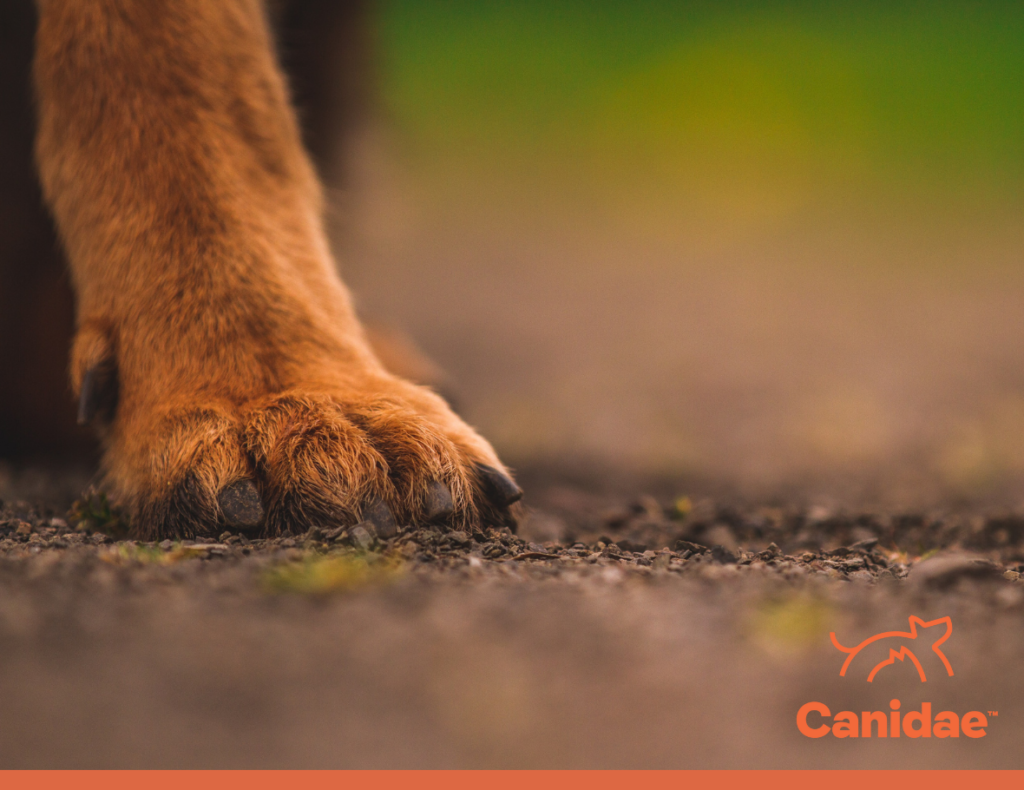 Unprecedented heatwaves, terrifying storms, widespread water shortages and the extinction of a million species of plants and animals: The world is on a “fast track” to disaster as a new flagship UN report warns it’s “now or never” to limit global warming.

You’ve been told again and again to recycle, save water and drive your car less. And yes, everyone should do what they can on an individual level. But here at Canidae®, we believe large organizations, governments and companies have an even bigger responsibility to make our world more sustainable and avert climate disaster.

The carbon pawprint of the pet food industry is no small one. Global pet food production accounts for the release of 106 million tons of carbon dioxide equivalents per year. That means if “pet food” were a country, it would be the 60th highest emitter in the world — with higher emissions than Mozambique, which has 26 million people.

Since our launch in 1996, Canidae has been committed to the idea that a pet food company should deliver goodness not just for pets, but also for the planet.

Sustain™ is our sustainable dog food line. We balance pet nutrition with planet protection and have recently expanded to include more products that bring you sustainable proteins and packaging. In fact, our 40% PCR (post-consumer recycled materials) packaging is an industry high.

Imports, shipping and gas-guzzling trucks have a big environmental impact, so we aim to keep our pawprint low by using rail to lower carbon emissions. What’s more, we make the majority of our food right here in our own plant in Brownwood, TX, further reducing unnecessary transportation.

As well as using responsibly sourced proteins such as cage-free chicken and sustainably sourced Alaskan salmon, we have also introduced a plant-based recipe to our Sustain line. With over 14.5% of global greenhouse gas emissions coming from the meat and dairy industry, we chose to develop our first plant-based kibble using upcycled brewer’s yeast as a sustainable protein source.

Despite Canidae’s current commitments, it’s no time to pat ourselves on the back. Urgent action is needed to prevent climate disaster and this cannot be done without setting some serious targets.

Plastic is made to last, and it does — often for 400 years or more. The production and incineration of plastic, which is largely made from fossil fuels, adds 850 million metric tons of greenhouse gases to the atmosphere, and this could rise to 2.8 gigatons by 2050. To add to that, plastic is so invasive that microplastics can be found in almost 80% of people’s blood.

You get it, plastic is a problem. But what can be done to reduce our reliance on it? Here at Canidae, we’ve committed to reducing our use of single-use plastics by 80% over the next 8 years. That’s in addition to our pledge to expand recycled packaging across all of our products.

Still, we don’t think that’s enough. Perhaps one way of getting rid of plastic is to remove packaging altogether. Zero waste shops (sometimes known as refill stores) aim to cut out unnecessary packaging by allowing shoppers to fill up their own containers with human food, soaps and shampoos.

Canidae took inspiration from this and recently launched the first-ever sustainable bulk-buy pet food machine at Petco stores in Southern California, reducing waste with reusable, food-safe bags. We plan to expand these machines across the country in 2023 and hope to eliminate 50,000 dog food bags within one year of rolling out the refill stations.

Over 1 billion pounds of pest-killing chemicals are used in the United States every year. And that’s before you even consider the effects of water usage on the environment. In fact, modern agriculture is by practice unsustainable. To quote Dr. Andy Dyer, “the damage to the soil and natural ecosystems is so great that farming becomes dependent not on the land but on the artificial inputs into the process, such as fertilizers and pesticides.”

That’s why we believe regenerative agriculture is key to reducing climate change. We source regeneratively farmed grains and vegetables and have partnered with Greenfield Robotics and US farmers who use cutting-edge technology to scale regenerative farming practices and reduce the negative impact on precious farmlands.

It’s no secret how damaging meat production is to the environment. Meat accounts for nearly 60% of all greenhouse gases from food production, as a result of many factors including, but not limited to, the felling of forests to clear space for livestock, the crops needed to feed farm animals and the large quantities of methane they produce.

Many humans have reduced their meat intake and now successfully follow a meat-free or vegan diet. As we mentioned before, Canidae has launched its first plant-based dog food. Sustain Plant-Based releases fewer carbon emissions compared to meat-based recipes, and includes brewer’s yeast which is upcycled from the brewing industry.

There is some debate over whether it is healthy for dogs to eat a plant-based diet, but it is possible with a properly formulated, complete and balanced diet. Cats and dogs are very different creatures, and unlike their canine counterparts, cats need to eat meat to fulfill their unique requirements for specific amino acids, vitamins and fatty acids. In this case, non-plant-based solutions are needed to create sustainable cat food.

Lab-grown meat (also known as cultivated or cultured meat) is a developing field, but once streamlined will use significantly less land and water, and emit fewer greenhouse gases. If you’re not sold yet, experts believe it could reduce both food-borne illnesses and our reliance on antibiotics.

10 quintillion. That’s probably not a number you’ve heard before, but that’s the amount of insects alive right now. With that many insects (which probably have the largest biomass of all animals) there is room for them to be used as a food source.

Canidae believes this is an area that merits close attention. We are committed to continuing to add more sustainable and humanely-raised meat and fish to our recipes where possible, as well as exploring alternative proteins such as lab-grown meat and insect protein.

Climate change isn’t a simple issue and that means there isn’t a simple answer. That’s why Canidae is committed to looking at the big picture and powering full steam ahead with a wide range of sustainable practices. Our planet-friendly mantra is "progress over perfection" and we look forward to bringing you along for the ride as we continue to change the pet food industry for good.

Read more about our story and how exactly we are bringing goodness to pets, people, and the planet.