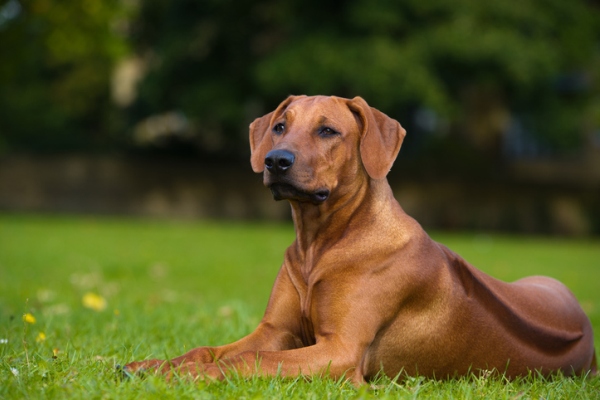 By Linda Cole Most of us have dealt with a stubborn lock of hair that can't be combed flat no matter what. But did you know that dogs also have cowlicks? These small patches of hair grow in a spiral or circular pattern in a different direction from the rest of the hair. Interestingly, the direction the cowlick grows can even tell you some things about your furry friend's behavior and personality! There are Two Types of Cowlicks Cowlicks are also called hair whorls or hair swirls, and appear in two different ways – simple or tufted. The hairs of a simple cowlick stem from one central point and part to form a flat, swirling pattern. The hairs of a tufted swirl merge from various directions to one central point and form a tuft of hair at the base. The tufted swirls aren't as common on dogs as the simple ones. Cowlicks on a dog's elbow are good examples of tufted hair swirls. Cowlicks Can Grow in Two Directions Some cowlicks are easier to see on short-coated dogs, but on dogs with longer coats you can still feel where the hair grows in the opposite direction of the hair around it. A hair swirl can grow clockwise or counterclockwise. Hair swirls on the right side of a dog's body usually grow in a clockwise direction, and those on the left side generally grow counterclockwise. There Are Specific Areas Where They Grow You can find cowlicks in 10 different areas on your dog's body, but most are found on the chest, front legs, elbows, and on the rump. Cowlicks on the chest are usually found in the middle of the chest. Hair swirls on the forelegs are found on the upper part of the leg. Elbow whorls grow close to the bony part of the elbow on the back of the front legs. Two cowlicks are located on each side of the rump near the rectum. Some dogs have hair swirls on the side of the face, side of the neck and in the abdominal region of their body, but these cowlicks are considered uncommon. Cowlicks Can Give You Clues about Personality The direction of a dog's cowlick and where it is on the body correlates with a left paw or right paw preference, and it can even give you a clue into his personality and behavior. Scientists have been studying a variety of animals for decades to determine if they have a left or right preference of paw or hoof. Left pawed animals tend to be more cautious and fearful, and right pawed animals tend to be more inquisitive and bold. Research on cattle found that the direction and location of their hair whorls indicated if they were cautious or inquisitive. For hundreds of years, people training horses to a harness or saddle have evaluated the hair whorls on the forehead to understand how a horse would react. The reason is unclear, but it's thought to be related somehow during development of the skin and brain in the embryo, and appears to be independent of paw preference. A 2009 study on canine trainees entering guide dog school found that right-pawed dogs with a counterclockwise hair swirl on their chest were twice as likely to graduate from guide dog school than their left-pawed counterparts with a clockwise swirl. One Dog Breed Has a Special Cowlick A native of southern Africa, the Rhodesian Ridgeback was bred to track lions and hold them at bay until hunters arrived. This powerful, athletic and courageous dog was very adept at driving off other large predators such as leopards. But the most distinguishing feature of the breed is the striking ridge of hair growing in the opposite direction on the back. According to the American Kennel Club standard for the Ridgeback, “the ridge should have two identical whorls (crowns) opposite of each other. The whorls must not extend further down the ridge than one third of the ridge.” In fact, the ridge and crowns are so important that a dog without the ridge is disqualified in the show ring and just one whorl (crown) or more than two is considered a serious fault. Your Dog Might Have a Zipper Nose My dog Keikei has a cute zipper nose. This is a thin line of hair growing in a different direction from the hair on the bridge of the nose – and it's a cowlick. As I mentioned, paw preference and the direction of a dog's hair whorls can give you insight into personality and behavior. If you want to find out if your pooch has a paw preference, grab some CANIDAE treats to reward him as you do the simple tests in our article, How to Tell If Your Pet Is Right Pawed or Left Pawed, then find your dog's cowlicks to see which direction they grow. Read more articles by Linda Cole